Gods and clans of heroes clash in the best strategy RPG game to win the war and domine the world.

Experience the best fighting and strategy game, where Spartan fighters, Gods, such as Thor, and gladiator heroes fight and clash to attain glory. 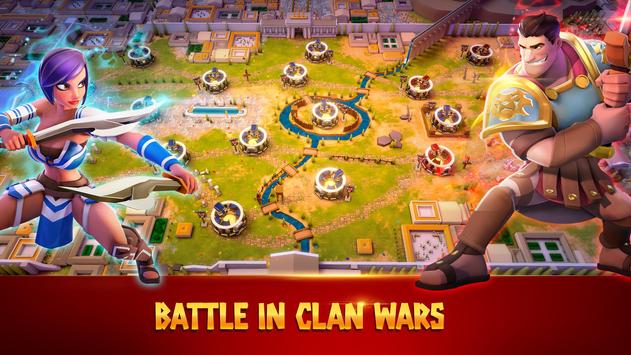 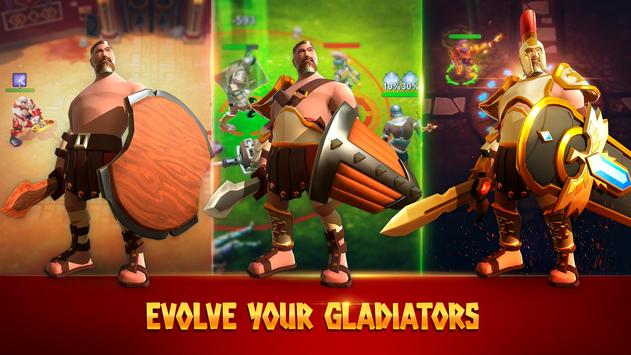 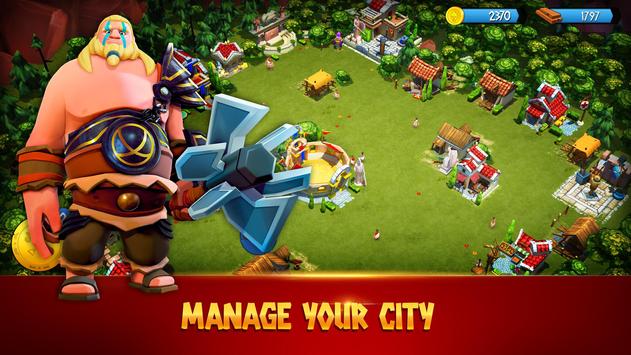 The world is much changed after the first gladiator’s victory. Driven by their valor and courage, Lords seek power and money. They try to buy the best warriors to entertain the emperor and audiences in the Roman Empire. The Land has been divided into myriad clashing kingdoms, dominated by kings and lords, many kingdoms declaring themselves the throne to manage the world. The endless king wars for glory and power have begun, and the time for a battle hero to rise up has come… Gods, the gladiators of the lords and the kings’ heroes are the attendants to fight between them..

Explore the exotic magical lands which have been thrown into war. Form your gladiator and heroes clan and fight for the honor of Rome, for the honor of your village with your clan in big battle offenses to defeat your Spartan enemies in the Roman coliseums. Defend your empire, your village and your lords. Restore the balance of power in this strategy RPG conquering game by creating the greatest castle empire ever! Recruit gladiators, soldiers, heroes and warlords, forge alliances and fight for victory! Defeat your spartan enemies and conquer lands and expand your kingdom’s territory in these strategy battle games! Fight your way through many epic battles and establish yourself as one of the world’s greatest gladiators in this real-time strategy war and mobile MMORPG empire game.

☆ Be the best and win prizes in clan games ☆
Progress in the game and unlock epic heroes!

☆ Help your heroes clan by building up your village ☆
Open-World Kingdom MMORPG: Build and Conquer to Create a Mighty Empire!

☆ Play fighting in 1v1 versus battles ☆
Clash with Powerful Heroes!

☆ Enjoy and compete in new versus battles ☆
Master Your War Strategy as an Gladiator!

☆ Choose Your Battle Path: Fight or Die ☆
Let’s go Gladiator! The freedom is your destiny!

Gather your clan and make use of different tactics on the battlefield to achieve victory in GLADIATOR HEROES CLASH, a multiplayer battle strategy RPG. Attack and conquer new territory, plan your battle strategy with your heroes and gods, and build an epic empire!
Are you ready for the legendary showdown in this MMORPG challenge?

Gladiator Heroes Clash – Strategy RPG 2.8.0 Update
2018-10-09
We continue working to improve the performance of Gladiator Heroes Clash:
-Fixed an issue that caused the Assassin gladiator to lose her turn when the “Extra attacks” skill was activated at the start of a match or when running.
-Fixed a multiplayer matchmaking problem that could cause the search window to keep searching indefinitely.
-Fixed gladiators using skills in “AUTO” mode while downed, which could cause the combat to glitch.

Note: Gladiator Heroes allows you to play both online and offline.